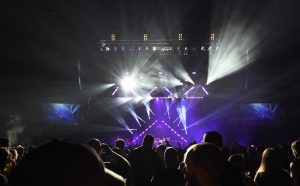 among the top entertainment venues worldwide according to Billboard Magazine, Pollstar and others, was excited this past weeknd to welcome back fans with return of the WNBA’s  Connecticut Sun, who are currently 2-0 and led by DeWanna Bonner and Jonquel Jones.  Mohegan Sun Arena’s first public concert since winter 2020 is also scheduled, when Soft-Rock duo, Air Supply, plays on Sunday, July 18th. More exciting upcoming concerts planned in Mohegan Sun Arena include Lady A on July 29th, Dustin Lynch on August 5th, Straight No Chaser on August 8th, Deftones on August 21st, Tom Segura on August 27th, Toby Keith on September 3rd and back-to-back Sebastian Maniscalco dates on October 1st and 2nd. Major 2022 Mohegan Sun Arena concerts announced recently also include The Weeknd (February 6, 2022), Brad Paisley (May 27, 2022) and Justin Bieber (June 18, 2022). Exciting MMA action returns on Friday, June 11th as well, with Lima (32-8) vs. Amasov (25-0)

With guidance and collaborative work with the Mohegan Tribal Health Department, Mohegan Sun Arena reopens with limited capacities in place during May, June and most of July. This will include private shows, CT Sun games, Bellator MMA and the return of the first public concert on July 18th. Mohegan Sun Arena plans to return to full capacity when Lady A, whose national tour starts at Mohegan Sun, performs on Thursday, July 29th.  Health & safety measures will be in effect at Mohegan Sun Arena, including some limitations on food and beverage service. Tickets will also be managed electronically, with ease-of-use on smart phones included. For more information, visit mohegansun.com/arena-policies

“While much of the past year Mohegan Sun Arena was one of the few venues producing live events, it’s with great excitement we can now bring back live fans to enjoy both sports and entertainment at our world-class venue.” –said Jeff Hamilton, President & General Manager of Mohegan Sun. “As the summer approaches, Mohegan Sun will also be announcing additional events and festivities to take place across our property, including some of our most popular outdoor events.”

Tickets can be purchased through Ticketmaster and an up-to-date Mohegan Sun Arena calendar for 2021 is available via mohegansun.com/arena-calendar, with highlights below:

“We have been preparing for this day for a long time and we believe that being open this past year operationally makes us more than ready to safely deliver the memorable entertainment experiences that we have become known for.” Said Tom Cantone, President of Sports & Entertainment for Mohegan Gaming & Entertainment (MGE). “July 18th will certainly be a special night when our first public concert returns with Air Supply taking the stage.”

For the first half of the 2021 WNBA season, leading up to the Olympic break, the Connecticut Sun will safely host their full and partial plan season ticket holders. Connecticut Sun games will also still require masks, to align with current WNBA guidelines. For more information, visit Connecticutsun.com   or call 1.877.SUN.TIXX. Details on individual ticket sales will come at a later date. Upcoming CT Sun home games include May 19th vs. The Indiana Fever, May 28th vs. The Washington Mystics, June 1st vs. Las Vegas Aces, June 5th vs. the New York Liberty, June 13th vs. the Seattle Storm, June 22nd vs. The Dallas Wings and June 27th vs. The Chicago Sky.

Mohegan Sun Arena was named “Innovator of the Year” by Celebrity Access in part due to the transformation that Mohegan Sun Arena underwent during much of the pandemic, becoming a broadcast residency center for sports including MMA, Boxing and College Basketball. ViacomCBS and Mohegan Sun partnered to host the most championship MMA (Bellator) and Boxing fights ever held at a venue in one year, seen by millions around the world. This partnership is also currently the longest running residency in the US. In late 2020, Mohegan Sun Arena was also home to “Bubbleville,” where the Basketball Hall of Fame and Gazelle Group safely completed 26 Division 1 NCAA Men’s and Women’s games in the span of 10 days.

Just before Mohegan Sun’s temporary closure related to the pandemic last year, Bellator MMA was the last public sporting event held in Mohegan Sun Arena. On Friday, June 11th, they are now planned to be the first to welcome back fans, in limited fashion, when Douglas Lima defends his title against the undefeated and #1 ranked Yaroslav Amosov. Tickets start at $60.00 and will be available through Ticketmaster.com on Friday, May 21st, with a special presale starting on Thursday, May 20th from 10:00am – 10:00pm EST.

This fight will also be on SHOWTIME. Bellator MMA will also feature a main event between heavyweight Tim Johnson (15-6) and heavyweight Valentin Moldavsky (10-1) live from Mohegan Sun Arena, with limited fans, on Friday, June 25th. More details on these events are available via bellator.com/articles

A Hall of Fame Tip-Off NCAA Tournament is also being planned at Mohegan Sun Arena for the start of College Basketball later this year. North Carolina, Villanova, Purdue and Tennessee are expected headliners.

Additionally, Mohegan Sun’s award-winning Wolf Den venue inside Casino of the Earth is back. Limited capacity shows returned this month, and upcoming shows include local favorites Crazy on You – A Tribute to Heart, The 60s Explosion Show and Mullett, to name a few.

This past weekend, Mohegan Sun also successfully hosted the nationally televised Naismith Basketball Hall of Fame Enshrinement Weekend, celebrating the class of 2020. The likes of Michael Jordan, Magic Johnson, Julius “Dr. J” Erving and other legends were on hand Saturday, May 15th, for the Enshrinement Ceremony inside Mohegan Sun Arena, which hosted 2,000 socially distanced fans. Kobe Bryant was posthumously inducted into to the Basketball Hall of Fame, along with an incredible class that included Tim Duncan, Kevin Garnett, Tamika Catchings and more.