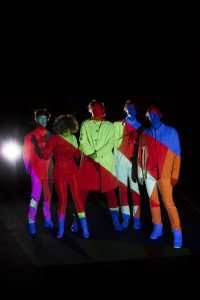 Arcade Fire’s fall world tour also coincides with the release of Arcade Fire’s “excellent sixth album” (The New Yorker), WE, which is released in its entirety today. The WE world tour will bring the full production of Arcade Fire’s “must-see live act” (Variety) experience to global stages, launching in Dublin in August and running through December in Toronto. The North American leg of the WE tour will kick off at the end of October.

As the title of his 2019 album Hyperspace would imply, 2022 Rock and Roll Hall of Fame nominee and eight-time Grammy-winner Beck has traveled light years from his emergence as a reluctant generational spokesperson when “Loser” exploded from a rejected 1992 demo into a ubiquitous 1994 smash. In the decades since, Beck’s singular career has seen him utilize all manners and eras of music, blurring boundaries and blazing a path into the future while simultaneously foraging through the past.