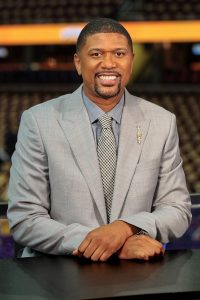 Rose, Jimmy King & Ray Jackson and is hosted by ESPNs Mike Greenberg. The group will relive memories and take questions related to their “Fab Five,” days in the early 1990s that took the basketball world by storm. Rose, King and Jackson, with stars Chris Webber & Juwan Howard, reached the NCAA Championship game in 1993.

WHERE: The new Earth Ballroom inside Earth Expo & Convention Center.

IN DETAIL: Tickets to Michigan’s Fab Five: A Look Back are on sale now for $50.00 and are available at the Mohegan Sun Box Office and ticketmaster.com.

*Complimentary hors d’oeuvres and drinks from a cash bar will be offered.

At Noon on November 17th, The Michigan Wolverine’s are set to take on George Washington University, followed by South Carolina vs. Providence College at 2:30pm in the 2018 Air Force Reserve Tip-Off Tournament Presented by CITI at Mohegan Sun Arena. Tickets are on sale now at the Mohegan Sun Box Office and ticketmaster.com.

ABOUT THE FAB FIVE: The 1991 University of Michigan Men’s Basketball team, known as the “Fab Five,” consisted of four McDonald’s High-school All-American’s (Howard, King, Rose & Webber) and is regarded as one of the most talented recruiting classes in NCAA Basketball history. Detroit natives Chris Webber (#1) and Jalen Rose (#5) joined Chicago native Juwan Howard (#3) and two recruits from Texas: Plano’s Jimmy King (#9) and Austin’s Ray Jackson (#84). In the first game starting together as a regular unit in February of 1992, the five freshman scored all the team’s points against Notre Dame. Four of the five members from the trend-setting team went on to play in the NBA.

Owned by the Mohegan Tribal Gaming Authority, Mohegan Sun is one of the largest, most spectacular entertainment, gaming, dining and shopping destinations in the United States.  Situated on 185 acres along the Thames River in scenic southeastern Connecticut, Mohegan Sun is home to three unique casinos, 1,600 deluxe hotel rooms, 2 world-class spas, a golf course, over 90 shops, restaurants and bars as well as three award-winning entertainment venues including a 10,000-seat Arena. Mohegan Sun is within easy access of New York, Boston, Hartford and Providence and located 15 minutes from the museums, antique shops and waterfront of Mystic Country. More information is available by calling 1.888.226.7711 or visiting mohegansun.com. Connect with us on Facebook, follow us on Twitter and Instagram @mohegansun, view us on YouTube and find us on Snapchat at username MoheganSun.