UNCASVILLE, CT (June 11, 2018) – Following the sold-out successes of the Move Live on Tour and Move – Beyond – Live on Tour acclaimed shows, including multiple sellouts at large prestigious venues such as Radio City Music Hall, DEREK HOUGH returns with a monumental experience for 2019 – DEREK HOUGH: LIVE! THE TOUR. From ...

Following the sold-out successes of both its 2014 inaugural run and a fan-demanded sophomore run in 2015, Move Live on Tour, featuring powerhouse duo Julianne and Derek Hough, is back and better than ever in 2017 with an all-new experience – Move – Beyond – Live On Tour. Julianne and Derek stopped by Good Morning America this morning to make their nationwide announcement, performing at the Times Squares studio and giving fans a taste of the high-energy choreography expected from the tour. Taking a cue from the elements, the show will feature inspiration pulled from earth, wind, fire and water. Move – Beyond – Live on Tour will be live at Mohegan Sun Arena on Sunday, April 30th at 7:30pm.

On the heels of their sold out 2014 tour, superstar siblings Julianne and Derek Hough will team up once again, dancing their way across stages all over the country, in their new MOVE LIVE ON TOUR 2015. The pair stopped by Good Morning America to announce MOVE LIVE ON TOUR 2015 which will kick off on June 12th in Phoenix, AZ and hit over 40 cities including stops at the famed Radio City Music Hall in NYC, Grand Ole Opry House in Nashville and Mohegan Sun Arena in Uncasville, CT for two shows on Sunday, July 12th, set for 3:00pm and 8:00pm.

Derek Hough of Dancing with the Stars joins Mohegan Sun for an exclusive Reality Check event where he will sign copies of his new book, Take The Lead: Lessons from a Life in Motion.

Superstar siblings Julianne and Derek Hough will star in their own all-new dance production, Move Live On Tour, onstage across North America beginning May 28 through July, 2014. Move Live On Tour will be a complete stage production, with sets, costumes and a cast of talented dancers, with the Hough’s headlining in solo, duet and group performances in styles ranging from ballroom and tap to Salsa and Hip-Hop and everything in-between. The performance heads to Mohegan Sun for a Sunday, June 22nd show beginning at 7:30pm. 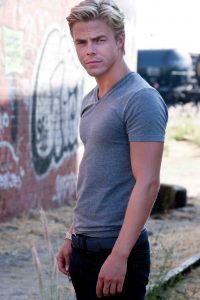 WHAT: Two of Dancing With The Stars’ most successful professionals will be heading to Mohegan Sun for a very special Reality Check on Sunday, J

une 24th.  This free, live event begins at 3:00pm and will feature a question and answer segment along with a live dance performance in ...